The Field of Dreams Wedding Chapel

The Field of Dreams Wedding Chapel is a 150 old church that was scheduled for demolition to make room for a housing development.   The church was moved six miles from Whittaker, Michigan to a beautiful 10 acre piece of land in Milan, Michigan.   The owners have spent three years restoring the church and preparing the property and are now scheduling weddings, memorial services or other events.   For more information about this church please visit http://www.fieldofdreamsweddingchapel.com

The Windows...this is where I came in

After doing some research I found that the windows were probably installed in the 1920's.  Each window has a large pane of glass at the bottom with a family name etched on it.  From what I can tell each of these families 'sponsored' a window and then had their name etched on it as recognition for their generous donation to the church.  There are six windows in the sanctuary and two windows in the entrance.

Every effort was made to secure the windows in the church prior to the move.  All the windows did, indeed, survive the trip.  However, as with all leaded glass windows, the cement that holds the glass in place does eventually dry out and become brittle.  Once the cement is compromised the elements take a toll on the window and eventually the glass will crack or break.  After nearly eight decades in place a couple of the windows in the church did fall from their frames the first spring after the move.  The amazing part is that while much of the glass was broken when they fell the round center designs in both windows miraculously survived (devine intervention close to home??) - they would have been impossible to replace.  The pictures below show the 'before' and 'after' views of one of the windows that fell from its frame. 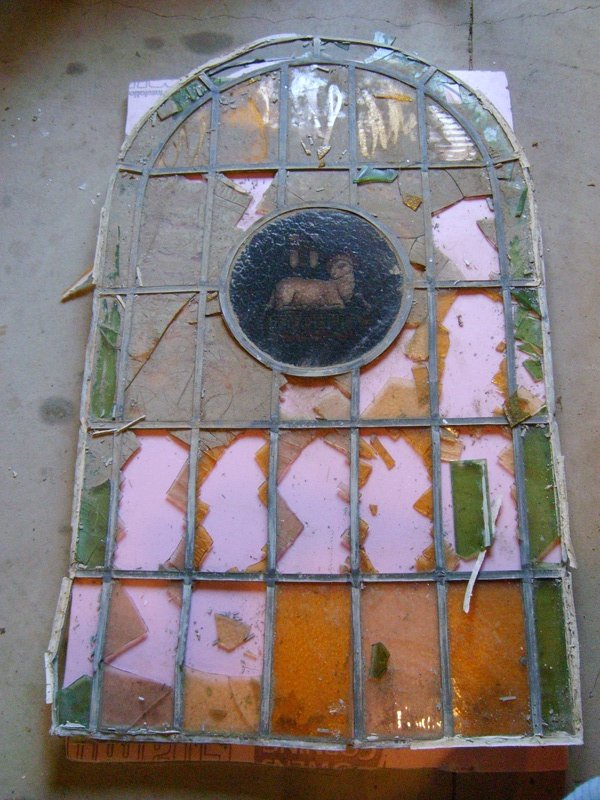 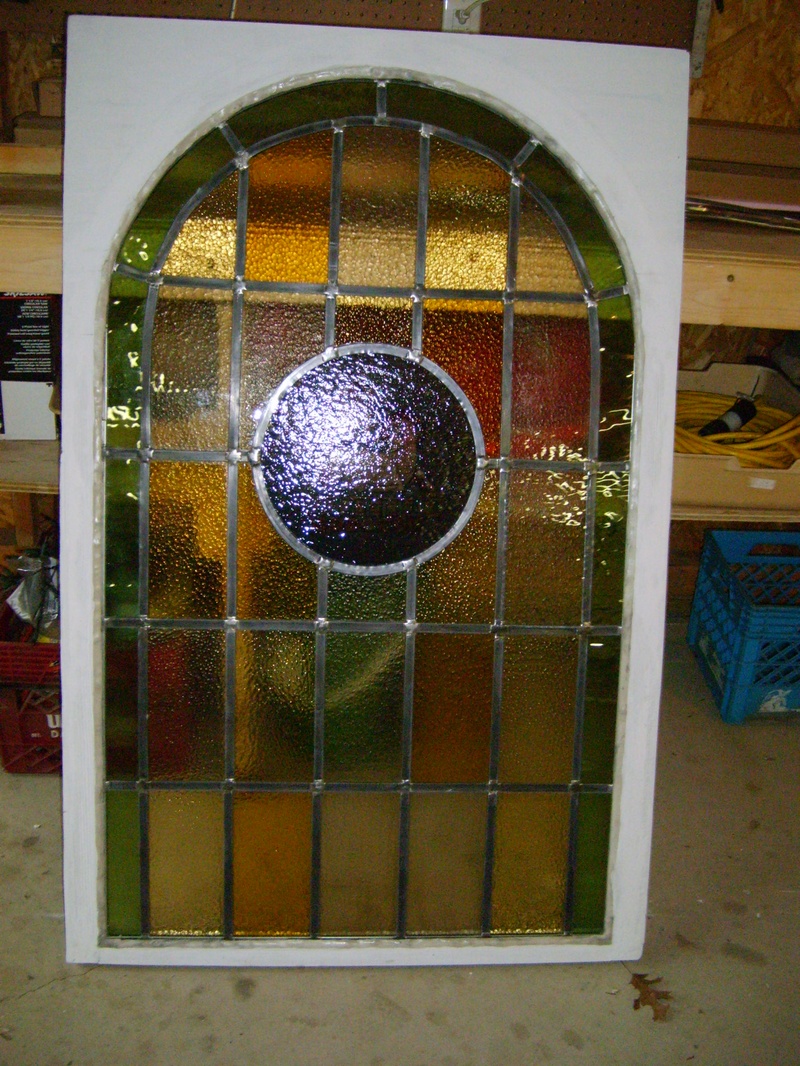